10 Common Electrical Problems To Look Out For 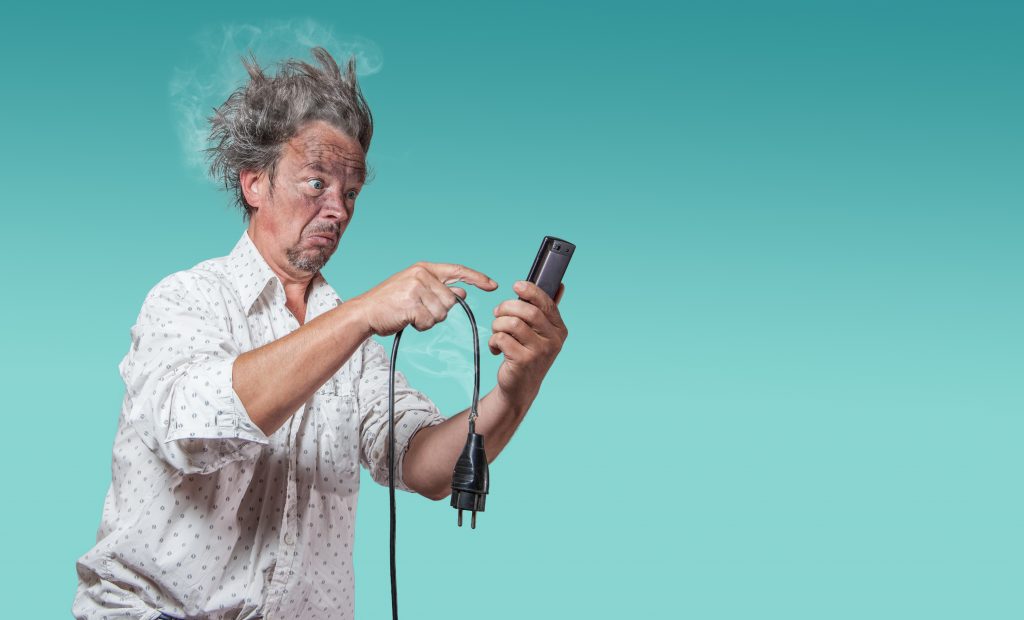 Today, Right Electrical Services, LLC will be detailing some of the most common electrical problems you should be looking out for in your home. We’ll also be highlighting the most appropriate solutions to these frustrating problems. Let’s get started!

The first most common electrical problem that our electricians see in homes are loose outlet plugs. While this is a particularly harmless electrical problem to have, it can be frustrating to deal with as it can affect the outlet’s ability to function.

So what can you do about a loose outlet plug? First, we highly recommend turning off the breaker. Next, double-check for voltage to the outlet itself (you can either use a volt meter or simply plug something in). After that, unscrew the outlet’s cover plate and add outlet shims until the outlet is completely flush with the wall.

Another particularly harmless electrical problem that our electricians see on a near-daily basis is broken light switches. Nobody likes for the lights not to work in their home and, unfortunately, many homeowners assume that there is a problem with their electrical system when this problem occurs. In many cases, however, a broken light switch is to blame.

In the event that you discover that you have a broken light switch in your home, simply turn off the circuit breaker (the light will go out when you choose the right one). Next, use a flathead screwdriver to remove the faceplate before using a Phillips head to remove the light switch itself. Finally, test the two wires that are connected to the screw for electricity. If it’s safe, disconnect the light switch before reassembling.

Electrical surges are common and can be caused by anything from lightning strikes to bad electrical wiring in the house. While an actual electrical surge lasts only a microsecond, frequent electrical surges can actually damage the electrical components connected to your home, reducing their overall life expectancy dramatically.

So what can you do about frequent electrical surges in your home? If you are currently experiencing frequent electrical surges, the culprit is likely an electrical device that is connected to the home grid or perhaps even the wiring itself. Start by removing any cheaply made devices or powerboards from the outlet in order to see if this prevents the surges. If this turns out to not be the case, it’s time to contact a professional electrician.

Tripping circuit breakers are another common electrical problem that is typically caused by high wattage items such as microwaves and hairdryers. This is particularly common when other power-consuming items are all being used on the same source. Luckily, a circuit breaker is designed to protect you, your family, and your home so when it does trip, this is a sign that it is doing its job.  Still, this can be a frustrating electrical problem to have- especially when it happens frequently.

When trying to fix a tripping circuit breaker, you’ll want to first identify what you were using when it tripped. If it was a hairdryer, for example, try using your device on a lower power setting. Alternatively, you should try to limit the power electrical usage on a single circuit whenever high watt devices are in use.  For more information on some of the most common causes of a tripping circuit breaker check out our blog post, Circuit Breaker Tripping? Here’s Why.

One of the biggest common causes of frequent circuit breaker trips is actually the overloading of power boards. Most homes, even newer ones, actually don’t have enough power points to cater to, let’s say, a complete home entertainment unit setup. In the event that circuit breakers in your home are tripping frequently, the problem could be down to a circuit overload.

Experiencing electrical shocks in your home? The issue is likely with the appliance itself, or perhaps the appliance’s wiring. You can test this by plugging in another device to the same outlet to see if the same results occur. That being said, you will be risking another electrical shock in doing so. For this reason, it is highly recommended that you just contact a licensed electrician to deal with the problem the moment you notice it.

As we noted earlier in this blog post, a high electrical bill is a common electrical problem. This is a particularly frustrating problem because, for most homeowners, it can be a mystery as to what is causing your electrical bill to be so high. Don’t worry though! Our electricians can easily help you identify the cause and fix the problem!

Reducing the overall cost of your monthly electrical bill is found in taking a few easy steps, including:

8. Light Bulbs That Are Burning Out Too Often

As a common electrical problem, there are a number of different reasons that your home’s light bulbs may be burning out too often. For one, the wattage of the bulb itself may be too high. Secondly, the insulation may be too close to the light. Other possible reasons for this include bad wiring on the circuit, bad wiring on the mains, or a poor connection to the circuit if there is flickering as well.

When it comes to light bulbs that are burning out too often, diagnosing the exact problem can be a bit tricky for non-professionals. In the event that you’re going through light bulbs left and right, it is probably in your best interest to reach out to a qualified Raleigh electrician sooner rather than later. They can help diagnose the exact issue, repairing the problem.

9. Recessed Lights Going Off and Coming Back On

Recessed lighting, much like downlights, is equipped with safety devices that will cut power to the light whenever the light gets too hot. If you find that you are experiencing this common electrical problem, it is likely that either you’re using too high a wattage on the bulb or that the insulation in the ceiling is too close to the bulb itself.

In order to take care of this common electrical problem, you need to stay wary of when your recessed lights are overheating. To do this, ask yourself these questions frequently:

Seeing as overheating recessed lighting can be a huge risk for an electrical fire, be on the lookout for common signs of overheating lights.

Have you noticed that the electrical outlets and/or switches in your home are warm to the touch? If so, this can be a potentially dangerous electrical problem to face. Unless it’s a dimming switch, warm outlets are a serious safety concern.

Due to the danger presented by a warm outlet or switch, your best bet when fixing the issue is to call a licensed electrician in your area immediately. Don’t put this problem off!

While you may be tempted to take on these common electrical problems on your own, some of these issues are best left to a professional. When your electrical problems persist, even after you’ve given your best attempt at fixing them yourself, it’s time to call the experts at Right Electrical Services, LLC! Call us today at (919) 359-1017 or request an appointment online. We’ll be happy to help!

Renee is a freelance copywriter and blogger known for her expertise surrounding topics like marketing, freelancing, mental health, and more. She has written for hundreds of small business websites and is the Marketing Director here at Right Electrical Services, LLC. Renee believes that when a business prioritizes entertaining, engaging, and informational content for their readers, they can expect a loyal following that trusts their company.